Diabetes mellitus may occur due to decreased insulin secretion or ineffective insulin action. This results in increased blood sugars that may cause serious immediate and long term problems. Diabetes if not treated appropriately may end up in blindness, kidney damage, neuropathy, non-healing ulcers, ischaemic heart disease (Heart attacks), stroke, decreased blood flow to the limbs and sexual dysfunction.

What is Diabetes mellitus?

Diabetes mellitus is a disorder in which blood glucose levels are increased above the normal range leading to damage to various organs in the body. Despite having high glucose levels in diabetes, patients will have problems converting food to energy. After a meal, food is broken down into a sugar called glucose, which is carried by the blood into cells throughout the body. Insulin is an essential hormone which acts as a key for cells in our body to utilise glucose to generate energy. Insulin is normally secreted by a gland called the pancreas depending on prevailing glucose levels. Diabetes can result from defect in the secretion of insulin or action of insulin. 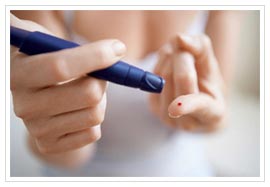 What are the types of diabetes?

Other specific types of diabetes resulting from hormonal disorders, pancreatic problems, specific genetic syndromes, surgery, drugs, malnutrition, infections, and other illnesses may account for 1% to 2% of all diagnosed cases of diabetes.

What is Type 1 diabetes?

n Type 1 diabetes there is an absolute deficiency in insulin due to destruction of pancreatic beta cells. Type 1 diabetes is suspected to follow exposure to an "environmental trigger", such as an unidentified virus followed by development of antibodies. These antibodies cross react and attack the beta cells of the pancreas (that produce insulin) in some genetically predisposed people. This can happen in any age but more commonly diagnosed in children and young adults.

What is Type 2 diabetes?

The primary defect in type 2 diabetes is a defect in insulin action (Insulin resistance) and hence the cells in the muscles, liver, and fat do not utilise insulin appropriately. This is followed by a compensatory process leading to increased production of insulin (hyperinsulinaemia). In people with beta-cell defects the compensatory increase in insulin is short lived and eventually the pancreas cannot make enough insulin for the body's needs. As a result, the amount of glucose in the blood increases while the cells are starved of energy. Over the years, high blood glucose damages nerves and blood vessels, leading to complications such as heart disease, stroke, blindness, kidney disease, nerve problems, gum infections, and amputation.

What is pre-diabetes and how is it different from diabetes?

Pre-diabetes is the state that occurs when a person's blood glucose levels are higher than normal but not high enough for a diagnosis of diabetes. Prediabetes is a forerunner of type 2 diabetes and can evolve to diabetes if no appropriate lifestyle changes are made. Studies show that many people with pre-diabetes develop type 2 diabetes within 10 years.

How do I know if I have diabetes and pre-diabetes?

Oral glucose tolerance test (OGTT) is a test to check if you have diabetes or prediabetes. An OGTT is normally done after a 10 hour fast, on a normal diet with no significant change in regular physical activity for 48 hours. Blood glucose levels are measured at regular intervals before and after glucose drink which contains 75 grams of glucose. Normal blood glucose at fasting is below 100 mgs/dl and is below 140 mgs/dl 2 hours after the drink. In pre-diabetes, the fasting blood glucose is between 100 to 125mgs/dl and/or the 2-hour blood glucose is 140 to 199 mgs/dl. If the fasting blood glucose rises above 126mgs/dl and/or 2-hour blood glucose rises to 200 mg/dl or above, a person has diabetes. Recently the American diabetes association has issued guidelines on another test (HbA1c) for diagnosis of diabetes. This can be performed on a random sample but unfortunately the test despite widely available in India is not well standardized. Please consult your endocrinologist regarding this.

How does diabetes affect your health?

Uncontrolled blood sugars can lead to various complications pertaining to eyes, heart, kidney, nervous system, gastrointestinal system, sexual function, joint mobility and foot. Infact diabetes can affect every organ system in the body and blood sugar control is very essential for the normal function. People with diabetes are more prone to infections and associated mortality. Sudden increase in blood sugars can lead to ketoacidosis that can present with confusion, convulsions and coma. Unless treated immediately and appropriately, this condition can lead to death.

Why is it important to take care of your feet if you have diabetes?

Diabetes is the leading cause for non-traumatic foot amputation. Nerve damage, circulation problems, and infections can cause serious foot problems for people with diabetes. Sometimes nerve damage can cause deformities of the feet, causing pressure points that can turn into blisters, sores, or ulcers. Poor circulation can make these injuries slow to heal. If ignored, this can lead to amputation of a toe, foot or sometimes the whole limb.

Can diabetes be prevented?

A number of studies have shown that regular physical activity, healthy low calorie diet and Metformin can significantly reduce the risk of developing type 2 diabetes. Type 2 diabetes also appears to be associated with obesity. Researchers are making progress in identifying the exact genetics and "triggers" that predispose some individuals to develop type 1 diabetes, but prevention remains elusive. 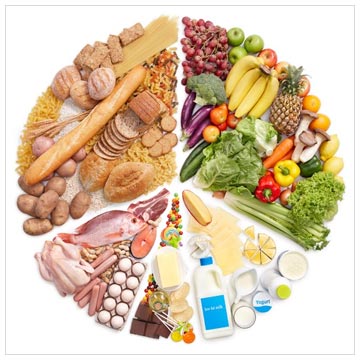 How do exercise help in diabetes?

When you exercise, your body becomes more sensitive to insulin. In diabetic patients this means that it takes less insulin to manage your diabetes. For most people with diabetes, just taking a brisk walk or a jog every day can cut the amount of medications they need to control their blood sugar. Regular exercise tackles several risk factors at once. It helps you lose weight, lower cholesterol, help blood pressure control and helps your body use insulin. Many people choose brisk walking for exercise. If you are not very active, you should start slowly. Talk with your doctor first about what kinds of exercise would be safe for you. Make a plan to increase your activity level towards the goal of being active at least 30 minutes a day most days of the week. Some examples of moderate-intensity physical activity are brisk walking, dancing, swimming or cycling.

Is there a cure for diabetes?

There are many drugs available to control the blood sugars and to prevent and treat the diabetic complication. In response to the growing health burden of diabetes, the diabetes community has three choices: prevent diabetes, cure diabetes and improve the quality of care of people with diabetes to prevent devastating complications.

Several approaches to "cure" diabetes are being pursued, but most of them have not come to reality and are in research stages. These are examples of some approaches aimed at curing diabetes.

Each of these approaches still has a lot of challenges, such as preventing immune rejection; finding an adequate number of insulin cells; keeping cells alive; and others. But tremendous progress is being made in all areas.